﻿﻿﻿﻿A State of Heart
started filming on May 12th this year.


﻿﻿﻿﻿﻿﻿
A short film based on the character Mac Stoddard, and ex soldier who has to track down and apprehend a local serial killer that is on the loose and has already attacked 5 women including his good friend Marie. Now the killer is going to target Mac's wife Louise, this time its personal.

We have 3 more days of filming to go during July, August and September, then the long job of editing. Next year we hope to enter the film into a number of major film festivals.
﻿﻿﻿﻿﻿﻿﻿
﻿﻿﻿﻿﻿﻿﻿﻿
﻿ 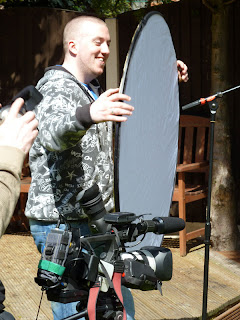