Day 4 filming of A State of Heart 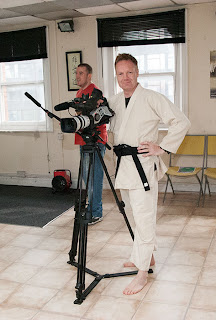 Me (Mark) on camera and also playing the role of Major Grant as the original actor
wasnt able to fill the role due to reasons unknown. Sean aka Mike Logan is on boom
in the background. 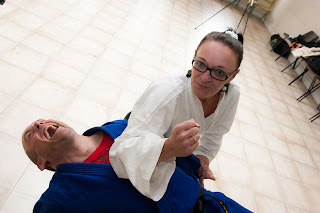 Short Synopsis of Scene
Mac arrives at the Karate Club to find Grant and Fletch arguing over a bracelet thats been found in the dojo - Grant who was also a Major alongside Mac in the marines is winding Fletch up, who claims the bracelet is his and that it must have fell from his bag and Grants found it, but Grant just says "Finders Keepers" in the end Mac asks Grant to give the bracelet back to Fletch of which he does saying he's juest messing with him and having a laugh. Grant leaves the dojo to go home and Mac explains to Fletch thats Grants a good man but he has just had too many knocks to the head in combat and he has seen a lot of action so its his way letting of steam by winging people up,Fletch responds with "if you say so"


Photography by Jenny Wyatt & Mark Eckersley
A State of Heart